Following the flood, the Torah returns to a theme that we encountered in the first chapter, צלם אלהים, “the image of God.” We are accustomed to reading this expression metaphorically, since we believe God to be disembodied—אין לו דמות הגוף ואינו גוף God has no body image nor body, as our prayer “Yigdal” puts it. But that claim flies in the face (as it were) of the Bible’s description of the divine body and the image of the divine body, which is apparently human. 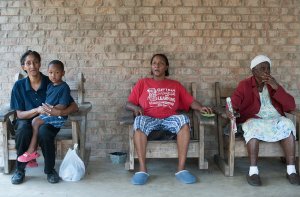 Uninsured people in Mississippi, James Patterson for the NY Times

Tikva Frymer Kensky, z”l, wrote a fascinating essay on the image of God entitled, “Religious Anthropology in Judaism and Christianity.”  She noted that statues of kings were erected around the ancient Near East, and that these likenesses were protected (as was the case in later empires like Rome, and in many regimes down to our day). The Akkadian word for statue is tsalmu; in Assyrian, the king is known as tsalam ili, “image of the god.” Mesopotamian gods and kings had statues of wood and stone. The God of Genesis had something far better: walking statues that could reproduce.  END_OF_DOCUMENT_TOKEN_TO_BE_REPLACED