nd JTS when we cite Rabbi Abraham Joshua Heschel, we refer to the great twentieth century theologian who fled Europe during the Holocaust and spent his final decades teaching Torah at JTS, writing a remarkable series of books that continue to inspire a diverse array of Jewish and Christian thinkers, and practicing social justice activism in America. However, Rabbi Heschel was named for a famous ancestor, known as R’ Abraham Joshua Heschel of Apte, or as the Apte Rebbe and Oheiv Yisrael, which was the title of his most famous book. The Apte Rebbe was born in Poland in 1755, flourished as the rabbi of Apte, and later moved to Mezhibuzh, Galicia, where he died in 1825.

In his commentary for Hanukkah, the Apte Rebbe begins by asking why the ancient sages associated the miracle of Hanukkah specifically with the oil of the lamp, rather than with the military victory of the Hasmoneans over the Seleucid Greeks, which was arguably the greater and more significant miracle. His commentary is extensive, and I will reflect only a portion of it.

Mishnah tractate Middot describes the dimensions of the ancient Temple. In chapter 2, Mishnah 3 states (Blackman trans.), “On the inside thereof [namely the Temple Mount] was a latticed partition ten handbreadths high. And it had thirteen breaches which the Syrian kings had made; the [Jews subsequently] fenced them in again, and they decreed over against them thirteen prostrations.” Apparently, the Seleucids not only profaned the Temple with foreign worship, but they also damaged it with thirteen breaches. This Mishnah (which is much earlier than the Bavli’s famous description of Hanukkah on B. Shabbat 21b) describes two responses, one architectural, and one ritual. The breaches were physically repaired, but then a ritual practice was introduced. Whoever entered the temple would prostrate thirteen times in recognition of the damage that had been done by the Greeks. Humility was the spiritual response to this outrage, allowing Israelites to enter the Temple prepared to encounter their God. END_OF_DOCUMENT_TOKEN_TO_BE_REPLACED

“The lady doth protest too much, methinks,” is one of Shakespeare’s great lines in Hamlet (Act III, Sc. II). Ironically, the queen’s fervent vow that she would never remarry should her husband die comes across as suspicious, and false. So too whenever we witness a histrionic protestation, somewhere in the back of our mind is the question, “Really?”

I’ll admit that I have a bit of that reaction to Jacob’s refusal to be comforted after his remaining sons present him with Joseph’s bloody tunic, apparent evidence of his mauling by a wild beast. “He mourned for his son for many days…and he refused to be comforted, saying, ‘I will descend to Sheol in grief,’ and his father wept for him.” (Gen. 37: 32-35) These days psychologists speak (e.g. in DSM-V) about “normal bereavement,” observing that many people eventually “bounce back” following a loss, while others exhibit signs of major depressive disorder that complicates ordinary grief.

What, however, is going on with Jacob? Is he experiencing a major depressive disorder, and if so, then why? There’s nothing to stop us from speculating, so I’d venture that Jacob might have been blinded by his own experience with Esau, and decided that the older brothers would eventually forgive, rather than murder, Joseph, just as Esau did for him. If so, then Jacob would blame himself for letting down his guard, and sending Joseph to his death. Indeed, Rabbi Hama b. Guria quotes Rav (B. Shabbat 10b) in blaming Jacob for the favoritism that he showed Joseph. “A person should never favor one among his children, for because of the cloak worth two selaim that Jacob gifted Joseph over his other sons, the brothers grew jealous of him, and the matter rolled on until our ancestors were brought down to Egypt.”  END_OF_DOCUMENT_TOKEN_TO_BE_REPLACED 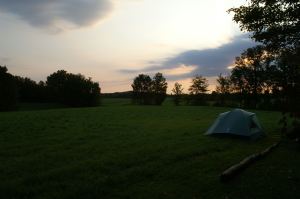 “And Jacob split the people with him…into two camps…saying ‘if Esau comes upon one camp and smites it, the other camp will be a remnant.’” The ancient sages discerned that Jacob prepared for his fraught fraternal encounter with three strategies—with gifts, with prayer and with battle preparations. He sent generous gifts to placate Esau, he prayed to God for help, and then, should all else fail, he strategically split his camp to avoid a complete massacre of his family.

On a literary level, this division of camps continues a theme. Robert Alter writes, “A law of binary division runs through the whole Jacob story: twin brothers struggling over a blessing that cannot be halved, two sisters struggling over a husband’s love, flocks divided into unicolored and particolored animals, Jacob’s material blessing now divided into two camps.” Indeed, Jacob is renamed Israel after his wrestling match with the angel, which repeats his struggle in utero with Esau. The man with two names and two wives and two sparring partners now has two camps. END_OF_DOCUMENT_TOKEN_TO_BE_REPLACED

Those who attended Shaharit in WLSS on Wednesday had the treat of hearing Rabbi Joel Roth explain the history of how diaspora Jews settled on Dec. 4/5 for the beginning of the petition for rain, ותן טל ומטר לברכה. It’s a long and complicated story related to the calendrical reform of Pope Gregory XIII in 1582, and the contemporary rabbis’ decision to stick with the Julian calendar, plus some additional astronomical considerations that lead to a bit of drift in the date during century years that are divisible by four. 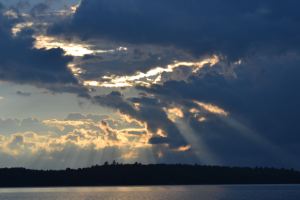 Rabbi Roth pointed out that if things keep going this way, by the year 31,000 the drift will reach Pesah and there will be no days left when we request rain. Clearly, something must be done! He also noted that there is a long history of rabbis, from the Rosh to Rabbi Seymour Siegel, who have tried and failed to change practice either back to November 22, which would fulfill the Talmud’s dictum that diaspora Jews pray for rain starting sixty days after the equinox, or back to the 7th of MarHeshvan, which is the practice in Israel. I would like to join this effort, likely futility notwithstanding. END_OF_DOCUMENT_TOKEN_TO_BE_REPLACED